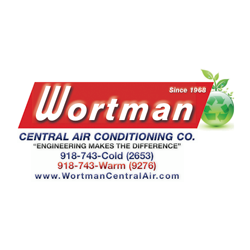 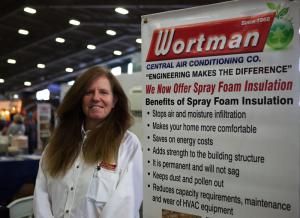 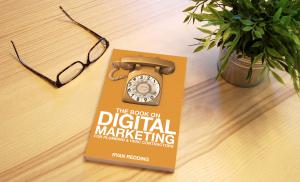 Wortman Central Air Conditioning Company Knows the Best Ways to Utilize Mini-Split HVAC Technology Regardless of the Size or Configuration of Your Interior.

Wortman Central Air Conditioning Co. has experts on hand who are familiar with the best and most popular brands of mini-splits, and are happy to discuss the details of each one with you.”
— Robert Enoch

TULSA, OK, UNITED STATES, August 8, 2019 /EINPresswire.com/ — If your heating or cooling system is aging badly – generally the case for equipment that is more than ten years old – you might want to consider the savings and improved comfort now available from “mini-split” systems available from Wortman Central Air Conditioning Co.

According to these local experts, the new mini-split technology available for home heating and cooling can repay its full purchase and installation cost in as few as five years, and after that provide a continuing source of very significant savings.

What Is a Mini-Split?

“Mini-split” is the term for a new style of ductless heating and cooling systems that increase efficiency through the innovative use of simple technologies.

Each mini-split system consists of an indoor unit mounted on the wall or ceiling of the room or area to be heated or cooled. This component is connected by Wortman Central Air Conditioning Co. experts, via copper pipes and wires, through a 3'' hole to a matching outdoor unit.

Because the connecting pathway is so narrow, compared with old-technology large-size ducting, installation is far easier and cheaper. In addition, the interior units can easily be switched on and off, and thermostatically controlled, so there’s no need to waste energy heating or cooling every area all at once.

In addition, conventional HVAC systems do their work at some distance from the area to be temperature controlled. The conditioned air is then forced into the desired room through large, expensive ducts. Obviously, these ducts rob the air of considerable heat or coldness, often as much as 20 percent.

Because “mini-split” systems from Wortman Central Air Conditioning Co. do their heating and cooling by means of a small unit mounted directly in the room to be conditioned, these losses to ductwork are completely eliminated.

As a result, mini-split systems require much less energy to operate, and generally do a better job than a “central air” system.

Another Source of Mini-Split Efficiencies

While the mini-split design is inherently more efficient that old-style ducted system, there is another reason that mini-splits save you money on operating costs:

The older systems use heavy-duty compressors that repeatedly turn on and off as the system operates. When they turn on, they make a huge demand on their motors, which in turn suck large amounts of costly electricity through your meter. The result is a significant drain on energy and on your wallet.

Mini-split systems from Wortman Central Air Conditioning Co., in contrast, use something called “inverter” or “variable refrigerant flow (VRF)” technology. Instead of the heavy energy costs resulting from the motor regularly turning on and off, this new technology carefully controls the speed of the motor and almost never turns it off.

Because of the technology they use, mini-split systems can provide both heating and cooling in a single device.

Conventional air conditioners have always been set up to send a cooled material – traditionally freon – to an indoor evaporator which in turn cools the air. As a result, the freon gets warmed up and must then go back to the outdoor unit in order to be re-cooled for re-use in another cycle. If you want to warm the air, you need a separate heating system.

But a mini-split system from Wortman Central Air Conditioning Co. can use a “heat pump” that works equally well in either direction.

Wortman Central Air Conditioning Co. offers a full range of mini-split systems, including the newest devices that are capable of operating at much lower temperatures and thus greater efficiencies than old-style compressor-based ducted systems.

Wortman Central Air Conditioning Co. has experts on hand who are familiar with the best and most popular brands of mini-splits, and are happy to discuss the details of each one with you to help you make the most sensible and cost-efficient choices for your situation.

Are you Looking for HVAC Marketing in your area?