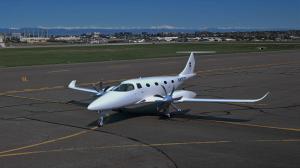 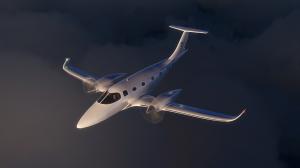 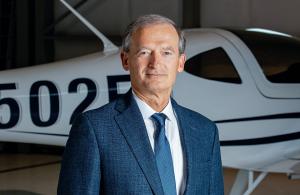 “We are proud to be investing in the future of sustainable aviation and to be supporting Bye Aerospace in the transformation of flying. The eFlyer800 with its remarkable economy and flight performance will support the European Market while balancing the amount of carbon emissions” said Johannes Schaesberg, CEO of RAS.

George E. Bye, CEO of Bye Aerospace, said RAS is an important partner for many reasons, including its physical location in western Germany. “We have known Johannes and his company for 20 years, and recognize the significant role RAS has, supporting business aviation for this important part of Europe,” Bye said.

Bye Aerospace announced the eFlyer 800 program earlier this year in response to growing demands for regional all-electric airplanes with significantly reduced operating costs, plus increased capacity and utility. The company is in the process of obtaining FAA Part-23 certification for the eFlyer 2 for the professional flight training mission and the four-seat eFlyer 4 for air taxi, cargo and advanced training uses.

All the company’s current and future families of aircraft feature engineering, research and electric aircraft solutions are designed to specifically address compelling market needs. Benefits include five-fold lower operating costs, no CO2 emissions and decreased noise. Bye Aerospace estimates the eFlyer will eventually eliminate the release of millions of metric tons of CO2 each year as its deliveries begin and the general aviation fleet is replaced.

About Bye Aerospace, Inc.
Based at Centennial Airport near Denver, Colorado, Bye Aerospace specializes in the design and manufacture of electric aircraft, including the eFlyer family of aircraft. Bye Aerospace, named “2020 Small Business of the Year” by the Aurora, Colo. Chamber of Commerce and recognized as “Most Innovative” in the 2020 Made in Colorado awards sponsored by ColoradoBiz magazine, was founded by George E. Bye, who is also Chairman and CEO.

About Rheinland Air Service
Rheinland Air Service GmbH (RAS) is a leading European provider for Commercial and Business aviation aircraft maintenance, repair and overhaul (MRO) and aircraft sales. Headquartered in Moenchengladbach near Dusseldorf, the company was established in 1972 and employs 330 full staff at three locations in Germany (Moenchengladbach, Düsseldorf Regional and Frankfurt Hahn). In addition to EASA and FAA certified aircraft maintenance, RAS offers aircraft modifications (Special Mission) and airline fueling. Rheinland Air Service is the European distributor for Honda Aircraft, the exclusive dealer for Daher TBM and Kodiak in Germany and Austria and the exclusive dealer for the Bell 505 in Germany. RAS is proud to expand its portfolio by the eFlyer800 aircraft.